3 things you can eat to reduce your risk of dementia

As you age, your brain becomes susceptible to age-related neurological conditions. Unfortunately for some, the cognitive decline from these conditions can lead to something more serious, such as dementia.

Dementia is a collective group of various disorders that affect cognitive abilities such as thinking, remembering and behaviour. According to Alzheimer's Australia, dementia is the second leading cause of death in Aussie and plagues the brains of 342,800 people.

Fortunately, there are foods that we can eat to help boost our memory. By integrating these foods into everyday senior living, you can reduce your risks of developing dementia.

1. An apple a day keeps memory loss at bay

Apples are not just a great healthy fruit to consume but they also contain many nutrients and vitamins that can combat the decline of memory.

The Journal of Alzheimer's Disease has published a study that looked at the effects of feeding mice apple juice concentrate. The results obtained showed that the consumption of apples reduced oxidative stress, which is a prominent feature of Alzheimer's disease, the most commonly diagnosed form of dementia. The mice also performed better in a cognitive maze.

Oxidative stress is the imbalance between oxidants and antioxidants. Oxidants are healthy cells that have been exposed to something called free radicals – highly unstable atoms that form both naturally and through environment such as diet, smoking and exercise to name a few. Antioxidants, in turn, counteract the damage created by these free radicals.

The body already contains antioxidant molecules in cells, but additional antioxidants to your diet will have a positive impact on your health. This is especially beneficial for older people, as seen in the improved results of older mice as opposed to the less-significant performance of younger mice.

Apples are high in antioxidants, so include them in your diet to maintain your mental dexterity.

2. In a nutshell, eat walnuts

Walnuts have been proven to be particularly good for cognitive health. This brain-shaped nut also contains high levels of antioxidants that reduce oxidative stress. The Journal of Alzheimer's Disease presents another study that looks at the health benefits of a walnut-rich diet.

Like the humble apple, walnuts were found to decrease the rate of progression of Alzheimer's disease, as well as delay the onset of symptoms. Walnuts also contain vitamin E, a common form of antioxidant, and melatonin, which is sometimes used to treat cancer.

3. Egg your brain on

Eggs contain a protein called choline, which are essential for memory function and muscle control. Your metabolism can create a small amount of choline on its own, but supplementary choline through your diet is necessary to prevent risks of memory loss and other impaired cognitive functions.

Egg yolks contain the highest concentration of choline, but you should still consume egg whites for their high levels of protein, potassium and sodium – all essential for healthy functioning.

By combining these three foods into your healthy diet, you should be on track to preventing neurological conditions you are at risk to, and improving your brain functioning well into retirement age. 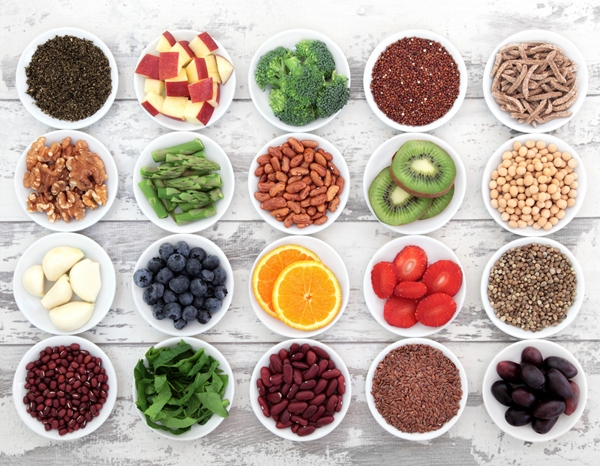