Loneliness is a problem that many people face and is especially likely to become apparent as we get older. According to a paper entitled Rehabilitation, Disability and Ageing in the Australian Health Review in 2008, loneliness is defined as relating "to a person's perception of their social relationships or level of social engagement as being deficient in some way, in terms of quantity and/or quality."

Age and disability or other other factors may contribute to more time spent at home, meaning it can be harder to maintain the relationships and connections that we once had. However, many people are hesitant to discuss loneliness and due to its subjective nature, it can be difficult to map exactly the impacts of this feeling. A 2003 study of senior Western Australian residents found that "severe loneliness" affected between 7-9 per cent of the sample population.

Choosing where to live as you get older is a top priority for most people when arranging retirement options. One of the benefits of selecting this type of housing is that you become a part of a community of people who are all at the same stage in life and homes are designed specifically for seniors to live comfortably in. In addition, the events and other activities that are regularly put on for residents means there are a range of things to do and people to meet, which you can participate in as much or as little as you decide.

A 2005 Mapping Loneliness in Australia paper by The Australia Institute found that "participation in clubs and sporting groups" is one of the key "buffers against loneliness", proving that as well as being an interesting pastime, hobbies offer social interaction that can ward off withdrawn feelings.

Families around the world are increasingly changing and developing into new forms that can differ greatly from traditional groups in times gone by. As travel and economic structures continue to make national and international living more and more spread out, so too can seniors find themselves far away from relatives and friends. While technology is not a replacement for in-person contact, embracing the internet is one way to ensure you stay in touch with the people you care about.

The Quality in Ageing and Older Adults journal published research in which a group of residents from a senior living program in South Australia used social networking websites. After the three month experiment was finished, one of the key themes that emerged was the participants felt less lonely, suggesting that using the internet is an effective way to keep feeling connected. 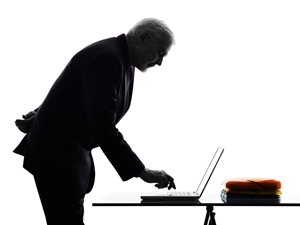