Can a diabetes tablet help the elderly fight off eye disease?

As we age, we must try to protect ourselves from a range of illnesses and ailments that attempt to take advantage of our older bodies. One of the most serious conditions that we can develop is diabetes – according to Diabetes Australia, it is thought that 280 Australians develop the illness, every day.

Another part of senior living is the fact that our eyes naturally deteriorate over time, becoming prone to more diseases – but a new study has found that a tablet used to combat diabetes can also help in the fight against glaucoma in the elderly – a serious affliction that can, in some cases, lead to blindness.

The eyes have it

The pill in question is known as metformin, and its effects on elderly eyes were researched by a team based at the University of Michigan. In a study that spanned almost 14 years, the researchers studied the health and prescription history of some 40 million patients, before analysing a smaller cross-section of people – those that had been diagnosed with diabetes, but had also had their eyes examined for signs of glaucoma.

The study was begun in 2001. Each of the patients had a minimum age of 40 years, but approximately half of them were 55 or older. In the ensuing years, around 6,000 of the cross-section had been diagnosed with glaucoma, with the elder demographic (those over 65) three times more likely to develop the condition than the youngest group (those aged 40-45).

It was discovered that those who took 1.5 grams of metformin per day in an effort to control diabetes for two years were 25 per cent less likely to be diagnosed with glaucoma, though the drug shouldn't be solely used to ward off the eye condition.

"The findings are intriguing, though it is still too early to recommend that diabetics be given higher doses of metformin based on the study," remarked Dr Pradeep Ramulu, of the Wilmer Eye Institute, Johns Hopkins Medical, talking to Reuters. 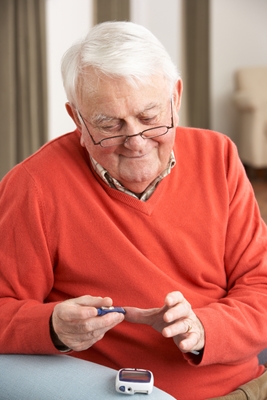