Coffee is a much-loved beverage, and it's not uncommon to see Australians ducking into a cafe for a cup or two as they bustle about their day.

Recent studies have shown that this liquid stimulant not only tastes great, but can improve life span and enhance ageing muscles.

For seniors and those in active retirement, you can now drink your coffee with peace of mind whilst enjoying its benefits.

You already know why it is important to preserve muscle mass to enhance mobility, but now with the addition of a daily flat white, you can enhance the power of your ageing muscles.

A study presented at the Society for Experimental Biology by sports scientists from Coventry University has shown that caffeine consumption enhances performances in two muscles, as shown by experimenting on mice of different ages.

Whilst the results gleaned from this study showed that the age category that improved the most was mature adult mice, older mice also gained enhanced muscle power, whilst juvenile mice were unaffected.

This could be because younger muscles are still developing, and because as we age, we require more force for our ageing muscles. Combining coffee with exercise can mean that you can live a healthy and active lifestyle with both improved mental and physical health.

A study conducted by Harvard School of Public Health has shown that drinking coffee has been associated with a longer life span.

It was found that those who drank coffee in moderation (one to five coffees a day) were less likely to die prematurely from illness, and could be associated with a reduced risk of developing type 2 diabetes.

A similar study by the National Cancer Institute found that the risk of premature death in males were reduced by 12 per cent, with females sitting at a slightly higher 15 per cent. Those that drink only one coffee per day also benefited with a five per cent decrease in early mortality.

Both studies found that risks for death by cardiovascular diseases, type 2 diabetes, neurological diseases and suicide were reduced in coffee drinkers, especially for those who didn't smoke.

Dr Neal Freedman, a researcher from the National Cancer Institute, observes that these findings do not suggest cause and effect. He also considers that these results may not be due to caffeine alone, but also perhaps the "soothing ritual" of coffee making and the social interactions that drinking coffee can bring.

Next time you're out and about in your local community, bring along a cup of latte to enjoy while chatting to your friends – it's that simple to enjoy the benefits of coffee! 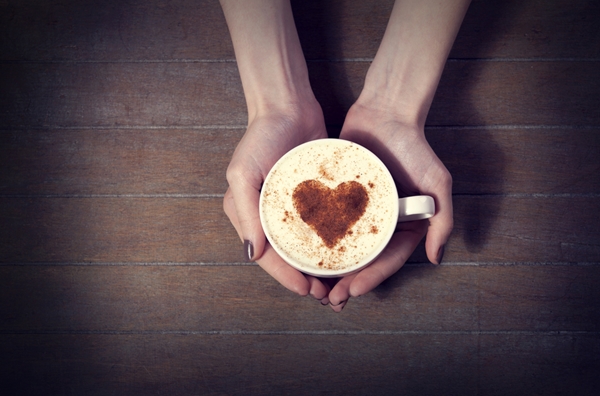