Could being termed as ‘frail’ be harming your health?

For many people ageing in place, the local doctor is one of the most trusted people in the community. Not only is he or she privy to most of your medical history, but they can also become a counse​llor, confidant and friend rolled into one, when you feel as though you have no one else to turn to. Luckily, our Newcastle Retirement villages are home to an excellent medical centre, so you know that superb health care is just a stone's throw away.

However, doctors are, unfortunately, also notorious for not always speaking in plain language. Often, we haven't got a clue what they are talking about, but we certainly know what it means when we or an elderly person is described as frail – or do we?

In medical terms, 'frail' is used to classify just how weak a patient may be, based on a scale of one to 10.

To frail or not too frail?

New research, undertaken by the British Geriatrics Society (BGS) and Age UK, has found that there is a sizeable chasm between English-speaking doctors that use the word as a standard medical term and those that utilise it to describe conditions altogether more serious. The fear is that some of those in senior living may brush off the 'frail' tag as a common, harmless word that is often applied to the elderly, meaning that they may not attempt to gain treatment for something that may be serious.

In medical terms, 'frail' is used to classify just how weak a patient may be, based on a scale of one to 10, according to the Telegraph. The rating that they are given can equate to the level of medical care and medicine that they'll be given. However, when the BGS and Age UK interviewed a cross-section of elderly people about the use of the term, those spoken to were angry, upset and even offended at what it can imply.

Most felt that that word 'frail' meant a weak decline in old age that was permanent, rather than the potentially reversible condition that it actually is.

"Frailty is all at once a medical term and a noun, but as the research shows for many older people it feels like a judg​ment.," said Caroline Abrahams, director of Age UK.

Of course, this study was carried out in Britain, but the impression remains, seeing as Australia's health services and those of the United Kingdom's National Health Service are so closely intertwined.

"The take home message here, though, has to be that no patient, no matter how old or dependent, is beyond help," concluded Dr Adam Gordon, of the BGS. 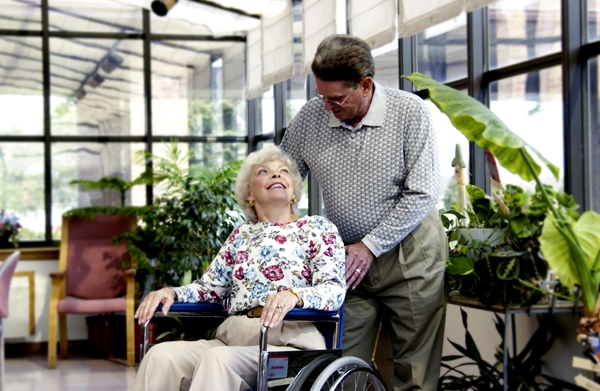