Could the sun help seniors fight off dementia?

When we were in our childhood years, it seems like we spent all day frolicking in the sun, running around outdoors. However, as we grow up and begin to work full time, other adult responsibilities begin to factor in, and our time spent under the sun begins to dwindle.

For many of us, our days consist of moving from one indoor space to the next, and this is only amplified as we transition into senior living. However, one of the key benefits of making time to be outdoors is the vitamin D from sun exposure, without which many seniors may be more at risk of dementia, according to a study by the University of California Davis Health (UCD).

Illuminating the benefits of vitamin D

The university's study involved a diverse group of almost 400 men and women over the age of 60, each with varying cognitive ability. The researchers took a reading of the participants' vitamin D levels at the beginning of the study, and again five years later.

While scientists have noted a marked correlation between lower levels vitamin D and cognitive decline amongst older people before, the researchers from UCD found that when compared to those with sufficient vitamin D levels, seniors with a vitamin D deficiency saw up to a three times faster rate of decline.

"We expected to see declines in individuals with low vitamin D status," said Director Charles DeCarli of the Alzheimer's Disease Centre. "What was unexpected was how profoundly and rapidly [low vitamin D] impacts cognition."

"Independent of race or ethnicity, baseline cognitive abilities and a host of other risk factors, vitamin D insufficiency was associated with significantly faster declines in both episodic memory and executive function performance," said Professor Joshua Miller, who worked in the Department of Pathology and Laboratory Medicine at the time of the research.

Professor Miller stated that in light of the recent findings in addition to earlier research on the subject, people aged 60 and over should consult their GP about taking a vitamin D supplement. He added that even should it not have any apparent effect, the related risk factor was low.

Interestingly enough, the study from UCD also unearthed another interesting finding: people with darker skin could be more at risk of a vitamin D deficiency due to a lesser ability to gain the nutrients they need from the sun.

This is because the more pigmented a person's skin, the higher its melanin content. It is this melanin which can help protect against sun damage, but which can also act as a barrier to the skin absorbing vitamin D, as explained by Sun Smart.

"This is a vitamin deficiency that could easily be treated and that has other health consequences," Mr DeCarli said 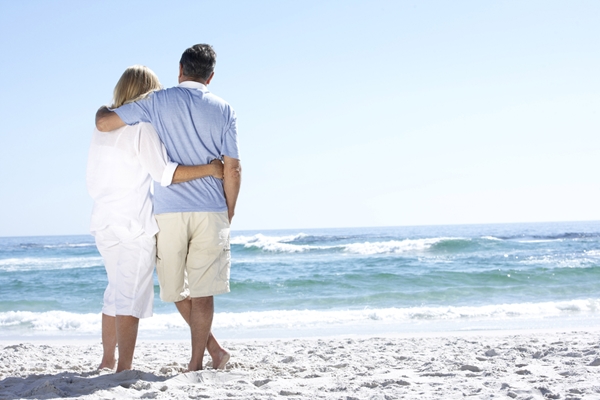