Could video games help to support mental acuity in seniors?

After decades of hard work, bringing up the kids, running the household and logging hours behind a desk, it's a relief when you finally get the chance to unwind and take things at your own pace. However, while it might feel good to put your feet up, when it comes to supporting optimal mental functioning, as the old adage goes, you have to "use it, or lose it".

Cognitive decline and the transition into retirement or senior living is a phenomenon that has oft been observed by researchers around the world. If you've spent the majority of your life dealing with complex issues and mentally stimulating challenges at work, the sudden absence of these things can mean the brain is left twiddling its proverbial thumbs.

So how are those in independent living who are ageing in place rekindle a sense of intellectual agility and avoid what has been dubbed 'mental retirement'? Here we look at a rather unexpected approach that could help to support mental health.

Seniors picking up consoles and controllers

While video games may seem to be the realm of children and teenagers locked in their bedrooms for hours on end, these increasingly sophisticated pieces of computer software appear to be unexpectedly popular amongst seniors, too, according to a new report by the Interactive Games & Entertainment Association (IGEA).

The report, compiled for Digital New Zealand, found that video games were played by a staggering 43 per cent of people over the age of 65. According to the IGEA, the majority of players (70 per cent) said they believed that games could provide an increased sense of mental stimulation, while just under half (47 per cent) of respondents said it could protect against dementia.

"The use of games-based technology is increasingly finding its way into physical and mental health applications," said Jeff Brand, a professor at Bond University who compiled the report. "I continue to marvel at the growing adoption of video games beyond just entertainment."

The findings could have intriguing implications for the area of dementia research, a subject of growing importance given the fact that dementia is the second leading cause of death in Australia, with over 342,800 living with the condition.

"The significant growth spurt in this segment of the population means that New Zealanders are increasingly using games as a preventive measure to healthy ageing and the benefits are undeniable," concluded Professor Brand. 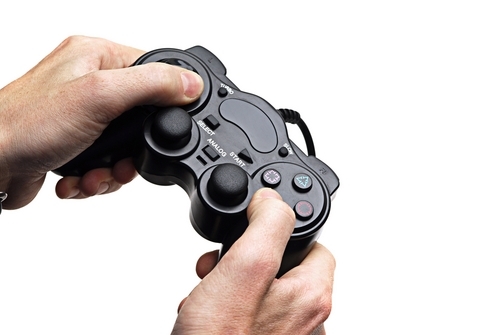