It’s not uncommon to come across someone with diabetes in your life. Affecting an estimated 1.7 million people in our country, according to Diabetes Australia, it’s a problem most prevalent in seniors, hence the importance of maintaining health and fitness during retirement living years.

One of the most important aspects of diabetes is monitoring your blood sugar levels. This is a disease where a person’s body can’t upkeep a healthy level of glucose in their blood, which, if unmonitored and untreated, can pose to be detrimental to their wellbeing.

Recently, 7 News has reported on a new blood sugar monitoring device that’s wireless and requires no drawing of blood to test levels. It’s a major improvement upon the traditional method, and both convenient and beneficial for independent seniors.

Taking the sting out of diabetes

Testing the amount of glucose in the blood involves a handheld meter, a lancet device and test strips. The lancet shoots a short, thin needle out quickly to prick the pad of a finger, and the drop of blood that exudes is placed on the test strip. This is then inserted into the meter to determine blood glucose levels.

It features a patch that attaches to your upper arm, and a scanner which, when held over the patch, wirelessly and instantly detects the wearer’s glucose readings in as little as three seconds.

How can this help with seniors in retirement living?

Although the finger pricking is quick, easy and just a minor puncture, over many years, scar tissue will form over the pierced sites and thus, make it harder to penetrate the skin. It can pose a hassle for people that need their hands for delicate work and seniors that may have unsteady or arthritic hands.

Dr Rochford does that math: insulin dependent diabetics finger prick on average six times a day. That’s 84 a fortnight, he says, and more than 2000 a year.

It’s also much more convenient for retired seniors because the sensor can store eight hours of data at a time, so scanning only needs to be done several times a day. The scanner can track trends and advises the wearer whether more food or glucose is needed.

It’s estimated to be AU$100 each for scanner and patch and expected to hit Australia’s market soon. 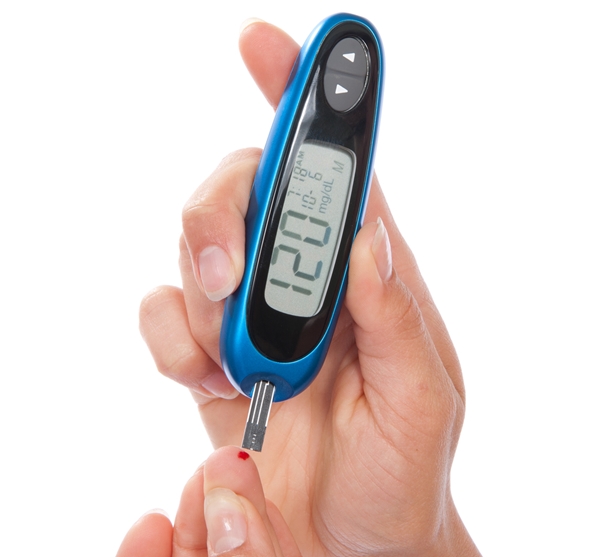