You may notice that your significant other tends to forget things occasionally. At first, it may have been funny, but the more often it happens, the higher the chance it can be about something serious, such as leaving the oven on.

However, have you ever considered that it may not be just because they’re ageing? Memory loss is one of the earliest signs of Alzheimer’s disease, according to WebMD. If the warning signs are ignored, it can lead to a more serious progression of the condition.

Healthline explains that the human brain can degenerate from Alzheimer’s disease years before any symptoms are exhibited. It’s a terrifying thought when you consider that it is much more common in your retirement years.

According to Alzheimer’s Australia, dementia is a group of cognitive conditions. The most common form in this category is Alzheimer’s disease, affecting 1 in 7 people who have dementia. The same source states that chances increase greatly to one in four people once you’re over the age of 85, so it’s all the more important as you enter into senior living to keep an eye out for the warning signs earlier rather than later.

Doctors are yet to understand why neurological conditions affect the brain, but for now, there are ways we can reduce the risks of dementia.

What signs to look out for

Whether you hang out around your retirement community with a buddy or your loved one, make sure you know what signs should raise warning flags. It also helps for your family to know if you visit each other regularly.

The first and foremost will be memory loss. It’s most likely short-term memory rather than long-term, so it could be repeated questions and forgetting common, familiar and everyday habits. If you notice a change in behaviour and mannerisms, it could be an early onset of Alzheimer’s disease.

As the condition targets the brain, speech and concentration may also be impaired. Of course, these symptoms could very well point towards another health issue.

WebMD suggests bringing your loved one or fellow retiree to get a professional medical opinion before jumping to any conclusions, as it could be something less serious and possibly even treatable, such as a thyroid disorder.

It’s always better to be safe than sorry, so don’t hesitate to bring the matter up gently if you notice something out of order. By educating yourself and others, you’re making your senior living years much more comfortable. 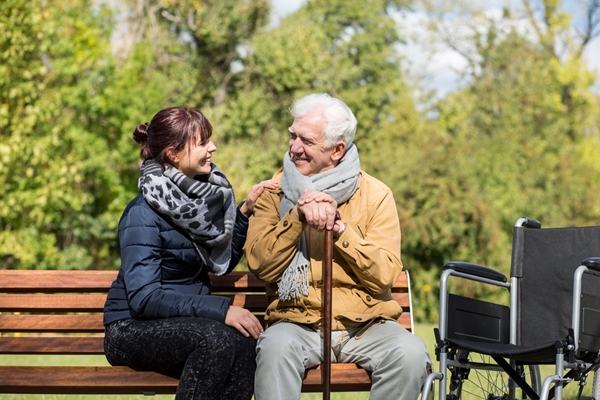