A recent report by the Association of Superannuation Funds in Australia (ASFA), entitled The Equity and Sustainability of Government Assistance of Retirement Incomes, reveals that as superannuation schemes increase, reliance on state-funded retirement lessens.

The ASFA report found that a staggering $7 billion is cut each year from the budget set aside for the government-funded Age Pension as a result of an increasing number of individuals saving in superannuation schemes for their senior living.

The Age Pension is the state scheme for eligible Australian nationals aged 65 and above that provides financial assistance. Potential recipients must also meet requirements set out through income assessment and other tests, as well be of the correct age.

A shift away from reliance on state pensions is already having considerable effects across the country, with approximately 32 per cent of younger retirees (aged 65) in 2013 were completely self-funded. This is a 10 per cent increase in 13 years, as in 2000 only 22 per cent of this quota of the population were fully able to support their retirement with independent financial assistance.

In comparison, just 16 per cent of those aged 75 and above were able to financially support their retirement completely independently, showing that there had been little change since 2000 in self-funded older retirees, which previously stood at 13 per cent of the eligible population.

The report predicted that by 2023, 10 years after the most recent statistics were collected, 40 per cent of the qualifying aged population will be able to self-fund their retirement, meaning that independent living is likely to increase as more people no longer require state aid.

According to AMP Bank, the average superannuation balance for soon-to-be retirees aged between 60-64 is $75,457, as found in the AMF Retirement Adequacy Index 2011. This suggests that many Australian senior citizens still require some form of governmental assistance for later life.

The recent ASFA research reinforces this view, stating that roughly 500,000 people receive $5,000 per annum from the Age Pension which contributes to their overall retirement funds.

The latest additions to the substantial research on superannuation and its effect on Australia's elderly continue to be discussed. What is clearly apparent is the need for strong and secure plans for your retirement, to ensure that your financial status as well as your lifestyle are not negatively impacted when you stop working.

There are a range of options for those aged 65 and above to consider when organising their retirement, such as family, health care and housing. 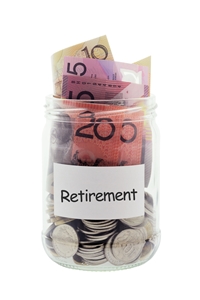