While working on building and maintaining muscle mass may seem like a young person's game, involving hours pumping iron at the gym, muscle performance is something that should be at the forefront of seniors' minds, especially if they want to maximise their mobility.

For those who hope to enjoy independent living, mobility is a key part of self-sufficiency and general wellbeing, with seniors who exercise helping to reduce their risk of experiencing a fall.

If you've decided to join an active retirement community, you'll undoubtedly want to know about how to keep your muscles in good shape as you age in place. Here is what the experts have to say.

Inactivity is the enemy

Once you've entered retirement after decades of hard work, there's no question that you'll want some time to take things easy and put your feet up – you've earned it, after all! However, make sure you don't rest on your laurels for too long, as inactivity is the very last thing your body needs to keep functioning well.

A study by the University of Copenhagen found that it only took a matter 14 days for people to lose significant amounts of muscle mass through inactivity. The researchers compared the effects of immobilising one leg for two weeks in both young men in their early 20s against men 15 years their senior.

The findings revealed that in this relatively short space of time, the younger men lost up to 30 per cent of muscle mass in the inactive leg, while the older group lost less. As muscle mass decreases with age, it is expected that this difference was relative to the older group starting out with an average of one kilogram less of muscle in the target leg.

"Even though older people lose less muscle mass and their level of fitness is reduced slightly less than in young people, the loss of muscle mass is presumably more critical for older people, because it is likely to have a greater impact on their general health and quality of life, " says Martin Gram, one of the researchers at the University's Center for Healthy Aging.

"It's interesting that inactivity causes such rapid loss of muscle mass," adds Mr Gram, "in fact it'll take you three times the amount of time you were inactive to regain the muscle mass that you've lost."

There are plenty of ways that you can keep active in senior living, why not try your hand at some boxing, or an aqua aerobics class? 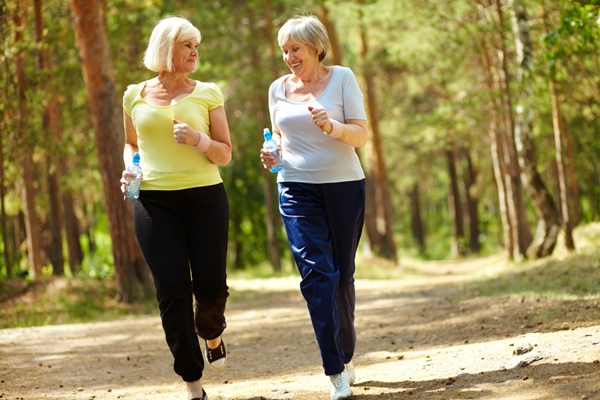