Studying the link between depression and diet

Here on the AEH blog, we've talked in some depth about the importance of keeping up a moderate level of physical activity and how it can aid in our health and wellbeing as we age. However, a primary concern for those transitioning into senior living is how they can support good mental functionality and wellness.

As reported by Beyond Blue, some 10-15 per cent of older people experience depression, while the World Health Organisation reports that mental disorders are prevalent in an estimated 15 per cent of those over 60.

While depression is not something that should be taken for granted as a part of the ageing process, many seniors perceive it to be a failing or a weakness on their part, rather than the illness that it is. So what can be done to help older people turn the tide against this condition?

Studying the link between depression and diet

A new study recently published in BioMed Central's (BMC) journal of Medicine has brought to light new findings that demonstrate a possible link between healthy eating and lower risk of depression. A Mediterranean diet rich in fresh produce, nuts and legumes and a minimal amount of meat was used as the basis of the research.

To measure how healthy the over 15,000 participants were eating, they were given a positive score for nutritious foods and a negative one for products high in sugar and trans fats.

"We wanted to understand what role nutrition plays in mental health, as we believe certain dietary patterns could protect our minds," said lead researcher Dr Almudena Sanchez-Villegas from the University of Las Palmas de Gran Canaria.

"The protective role is ascribed to [a diet's] nutritional properties, where nuts, legumes, fruits and vegetables (sources of Omega-3 fatty acids, vitamins and minerals) could reduce the risk of depression."

The proof is in the food

The researchers compared the effects of three diets – the Mediterranean diet, the Pro-vegetarian Dietary Pattern and Alternative Healthy Eating Index. Across the diets there were common elements such as foods high in Omega-3s as well as vegetables and fruits, as well as alcohol, such as wine.

According to BMC, it was these key ingredients which were thought to be possibly responsible for the lower risk of developing depression.

"The noticeable difference occurs when participants start to follow a healthier diet. Even a moderate adherence to these healthy dietary patterns was associated with an important reduction in the risk of developing depression," said Dr Sanchez-Villegas.

While further research will naturally be required to fully understand the implications of healthy eating for staving off mental conditions such as depression, it's undisputable that the benefits of eating healthy at any stage of your life are many. 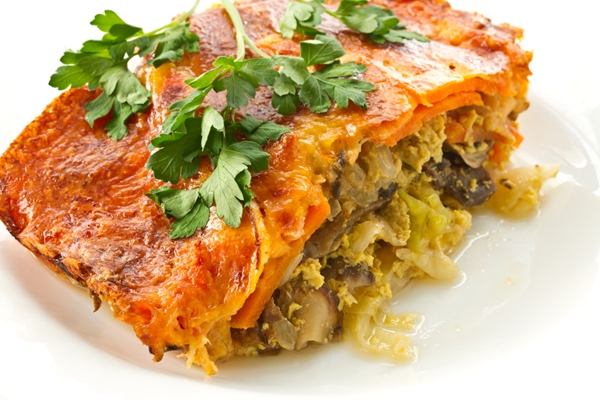