What is the digital divide, and how can seniors get around it?

As each new generation matures and takes their place in the world, it's natural to contrast the changes that have occurred since our own childhood, and how today's youth do things differently. In recent years one of the most evident developments that has changed the way we work, play and communicate is the mobile device.

No longer are computers machines that take up entire rooms, but contraptions that can be carried in your satchel or in pocket, and now, even worn on your wrist. Children interact with them with the same familiarity as books and other toys, leading to technology-competent adolescents that seem to know the answer to any computing problem their parents seem to have.

The breakneck speed at which mobile, internet enabled devices have integrated into everyday life can seem intimidating, and when large societal groups don't follow the tech-savvy trend, it creates what is known as a digital divide.

Often, people in senior living, for whom this type of technology has entered into their lives at a later stage, get left behind with this theoretical divide, but it certainly doesn't have to be the case, according to new research from Michigan State University (MSU).

Tablets to the rescue

The proliferation of lightweight tablet computers in the marketplace has led to their growing popularity amongst professional and family users. Now, in conjunction with video games, it's thought that these user-friendly devices could prove to be vital in aiding seniors to become more technology literate.

"For the most part they are pretty easy to operate," said study leader Professor Shelia Cotten. "You don't have to click on 12 different things to do what you want to do. It helps to ease their tech anxiety."

In addition, tablets are portable, weigh less than a conventional laptop and don't require a mouse to use.

"The dexterity required to control a mouse is really hard for some older adults," said Professor Cotten. "A certain level of muscle control is needed. And some older adults have shaking issues, in addition to muscle-control issues in their hands and arms."

The benefits with interacting online

Due to tablets' touch screen interfaces, it makes them easier to use, ergo making the devices less cumbersome for seniors who have less experience with computers. The MSU study also found that when seniors' families were involved in choosing the tablet and teaching them how to use it, it resulted in greater computer confidence.

Internet use plays a huge role in bridging the digital divide – an important endeavour as going online can help older people to access important information and feel more in touch with their loved ones through telecommunications applications such as Skype and FaceTime.

"It's all about older persons being able to communicate, to stay in contact with their social networks and just not feel lonely," said Professor Cotten. 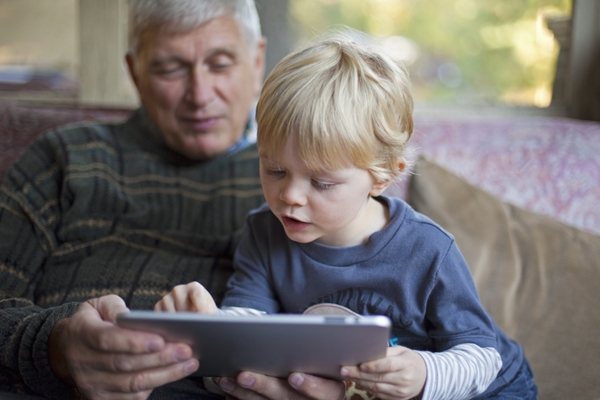