It's not often you'll hear the words "student" and "nursery home" used in the same sentence in the news. They're usually involved in stories that don't overlap, however, this wasn't the case last year when a new style of retirement living in the Netherlands hit the media.

There's a Dutch nursing home which has been reported to offer free accommodation to students. In return, the students are required to spend some of their time helping and socialising with their senior neighbours.

It sounds unique, and maybe even strange to some. However, this situation benefits both sides – let's see how.

Free housing for the needy

In Deventer, the Netherlands, the Humanitas retirement home houses around 160 seniors and six students. The idea first started forming when Onno Selbach contacted the head of Humanitas, Gea Sijpkes, with the issue of expensive, noisy student accommodations in poor conditions. They worked together to form the model of this senior/student living situation, and now it's been proven so successful that it's been taken on board by many other retirement homes throughout Europe.

All that's required in exchange for the students' accommodating is that they spend at least 30 hours per week interacting with their older neighbours. This includes teaching new skills around the use of technology – using an email, Skype and social media to name a few, as well as just to provide conversation and companionship.

It works both ways: Citylab describes a situation where one of the students, Jurriën Mentink, was required to help an agitated resident in the middle of the night. The efforts of the staff could not calm her down, but seeing Mentink, with whom she had accumulated many hours of friendship, quickly solved the situation.

Caitlin Lynch, another student, developed such a strong bond with one of the retirement home residents that she asked the older woman to be the flower girl at her wedding. This just highlights that the friendships formed in Humanitas will be ones for life, rather than just a partnership of convenience.

The chance to learn how to use technology and form new connections also brings a host of rewards to the seniors. You've seen how important it is to bridge the gap of the digital divide.

Learning something new through students can reduce levels of loneliness and keep your brain fired up. While retirement homes in NSW are yet to adopt this student/senior living situation, the next best thing will just have to be our offspring, local schools and others in the community to form new friendships with new generations. 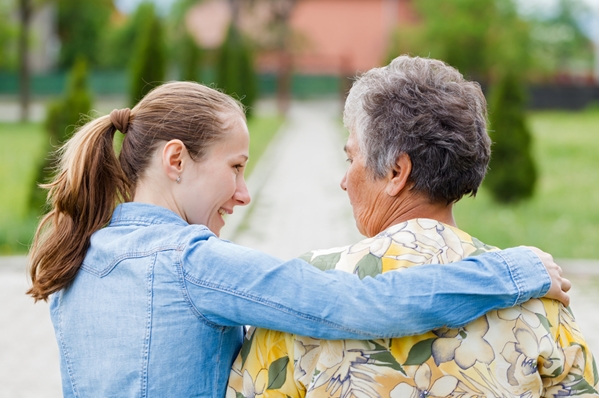