Why forgetting things is OK

As we get older, a little bit of forgetfulness can be quite normal. Not to worry, though, significant memory loss due to conditions such as Alzheimer's or other forms of dementia are far less common than you might think.

According to the American Physiological Association (APA), less than 20 per cent of people over the age of 65 have the disease, with even less of that number aged over 85. Knowing the difference between an actual condition and a couple of lost keys can make a big change when you're trying to live a happy, independent lifestyle.

The science of ageing

From when we are infants right up until now, the brain is constantly developing new neurons – specialised cells in our brain that transmit data. The brain increases in volume until our early twenties and then slowly declines from then out, but we still have that neuron production. In terms of memory, most people will not see a complete drop as they age. In fact, some types of memory stay the same or even improve!

For example, semantic memory – the type of memory related to our general knowledge – is one of the types that continues to improve. Semantic memory also includes our language and vocabulary which also can improve with age.

Another type of memory that does not fade with age is our procedural memory – the ability to recall how to do things. The APA's research says this stays about the same throughout our entire lives.

Where does forgetfulness come from?

Some types of memory do show a moderate decline with age, though not at a level you need to be concerned with. Your episodic memory – which records locations, objects and people – does show decline, as well as the brain's ability to quickly learn new things. This means that when you forget where you parked on the odd occasion, you're not on the cusp of something terrible, you simply just don't recall where the car is.

Other explainable causes can be vitamin B12 deficiency, dehydration and just being tired, but these are all easily reversible by drinking plenty of water, getting appropriate sleep and taking supplements.

So the next time you forget why you walked into the kitchen, don't panic – the chances that you are at the beginnings of Alzheimer's are very low. Forgetting a few simple things is normal, and it shouldn't get in the way of you living an active, healthy life. If you're genuinely worried, visit your doctor but keep calm – chances are you're probably OK. 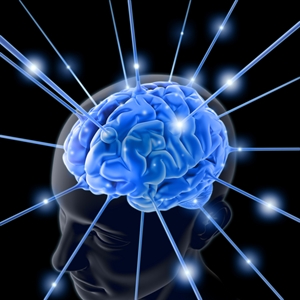