Why is depression in the elderly such a big problem in Australia?

Regardless of perceived happiness, wealth or social status, depression can strike at any time, without warning, and often without clear symptoms or reasoning. In Australia, the condition is particularly prevalent, and older people can often be particularly prone to it, especially if they have suffered the loss of someone close to them, or a physical illness has got the better of them.

According to Australian depression organisation, Beyond Blue, between 10 to 15 per cent of those in senior living will experience the depression, with a further 10 per cent developing symptoms of anxiety. However, the condition can be difficult to diagnose in elderly people, as many of them are loath to talk about their feelings, harking back to long-gone times when depression was seen as a fleeting sadness rather than the persistent, serious mental health condition that it is known as today.

The shadow of the black dog

Indeed, depression is not simply a phase that can be 'snapped out of' as many would believe. However, the condition can be treated, and the sooner that it is recognised that you yourself, or someone close to you, has a problem, the easier it can be addressed.

How do we recognise those symptoms? The Australian Psychological Society (APS) details several aspects that are key to diagnosing the condition in the elderly:

Firstly, an elderly person suffering from depression may have trouble thinking logically about certain things, and could struggle remembering aspects that they wouldn't normally have a problem with. Additionally, these people are also likely to appear more fatigued and agitated than normal, though they are never likely to admit that they are feeling overwhelmingly sad.

Lifting the dark cloud of depression

Thankfully, there are a fair few ways in which late-life depression can be treated – between 40 and 60 per cent of affected people over the age of 65 show the green shoots of recovery, with only a small number of those relapsing.

Sadly, many people of retirement age and above never take advantage of innovative modern treatments. The APS believes that there are two reasons for this, both of which are intertwined.

There is always help

Sometimes, an elderly patient may not disclose their feelings or symptoms to their doctor, either because they feel too embarrassed or because they themselves cannot recognise them.

Secondly, the health professional examining the patient may not notice the onset of depression, either because it is falsely identified as a separate illness, or is a result of medication taken for other conditions.

If you are feeling depressive symptoms, or you suspect that a loved one may be, do not hesitate to visit a doctor – there is light at the end of the tunnel. 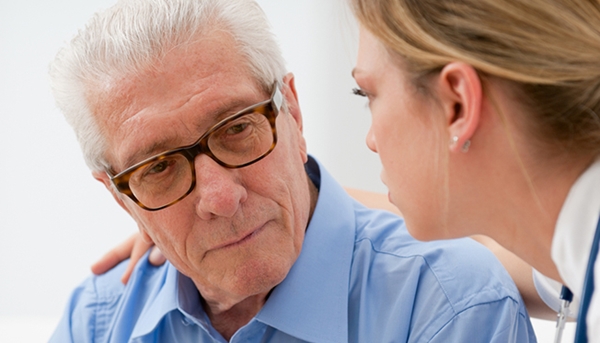